Onam, the festival of happiness, peace and prosperity, was celebrated with great pomp and show in a special Assembly at Indian School Sohar on 10th September 2019. The assembly commenced with a prayer song, followed by a thought and a speech on the day’s significance and its observance. The speech stressed upon the tradition, costume, feast and the special boat race. The quiz was centered on the myths associated with Onam. The exquisite melody of the “Onapattu”, the special song during the festival, made everybody pretty expressive.  The 'Thiruvathirakali', one of the traditional dance forms of Kerala, was performed by the students in the traditional costume and was appreciated by the audience.  The appearance of King Mahabali on stage was the acme of the programme.

The Principal, Mrs. Sanchita Verma, addressed the gathering and gave away the prizes for Inter – House English Debate Competition, English Essay Writing Competition and E- Quiz. The Principal, in her message to children spoke about the importance of celebrating all festivals so as to have a good insight into the rich and varied culture of India. She appreciated the teachers and students for their effort in organizing the lovely performance.

It was a well-planned assembly that had a blend of culture, tradition and history that mesmerized all. Students and teachers were dressed in their traditional best and added to the festivity. Pookalam also lent a festive air to the occasion. The assembly concluded with the National Anthem. 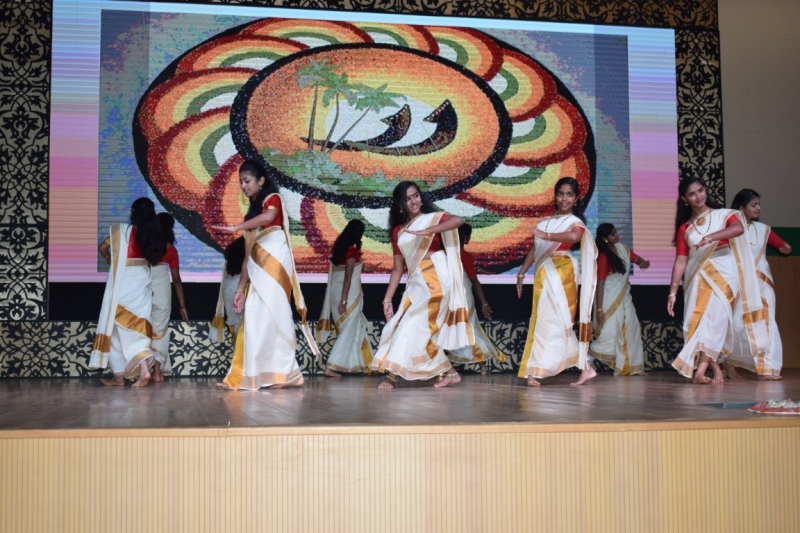