Indian School Sohar has set the benchmark for conducting activities in such a way that the students not only enjoy but also learn a great deal from it. With the same perspective in view, the Inter-House English Debate Competition for classes IX-XII was held on 28th August 2019. The event was held in the Recreation Hall and was graced with the presence of Ms. Sanchita Verma, the Principal, Dr. Vinu Kumar, the Vice-Principal and the Houses – In Charge. Mrs. Divya Johari, the Head of English Department, welcomed the judges and the participants and also thanked the Principal and the Vice- Principal for their undying support and encouragement. Their treasured presence made the contestants enthused. Ms. Griffy Laren (XI) and Master.Ojaswa Verma (X) were the Chairpersons of the day and anchored the competition.

The topic chosen for the junior category (IX – X) was ‘Internet is the Most Dangerous Thing in the World’ and in senior category (XI – XII), the topic was ‘Is Education the Key to a Successful Future? The students spoke eloquently on these pressing issues, and impressed the judges with their thoughtful insights. The students of class VI to XI were the enthusiastic audience to witness this exciting event. The teams were well prepared and undoubtedly convinced the audience of their beliefs and views with their righteous facial expressions and voice modulation.

The highlight of the event was the rebuttal round, where each participant questioned a view presented by the opposing team. Each team defended their argument vigorously which displayed the speed and depth of their thoughts. All the teams exhibited great oratorical skills. They put in tremendous hard work to showcase their talent. The debaters displayed confidence in presenting their arguments before the audience and a panel of eminent Jury, Ms. Susan K Joseph, Ms. Shaila Prabhu and Ms. Gayatri P.  Karan.

The contestants were applauded by the panel of adjudicators for shouldering the responsibilities and building the strength of being a part of a rational world. Acknowledging young energy and talent, they advised the youth of today to enrich their vocabulary using the brilliant resources and also gave them some valuable advice regarding debate to help them perform better in future.

The winners of the competition are:

It is said: “You can sway a thousand men by appealing to their prejudices quicker than you can convince one man by logic.” This is what the audience witnessed. Debate, as an academic activity provided students creative room to express what they felt gaining unparalled knowledge. 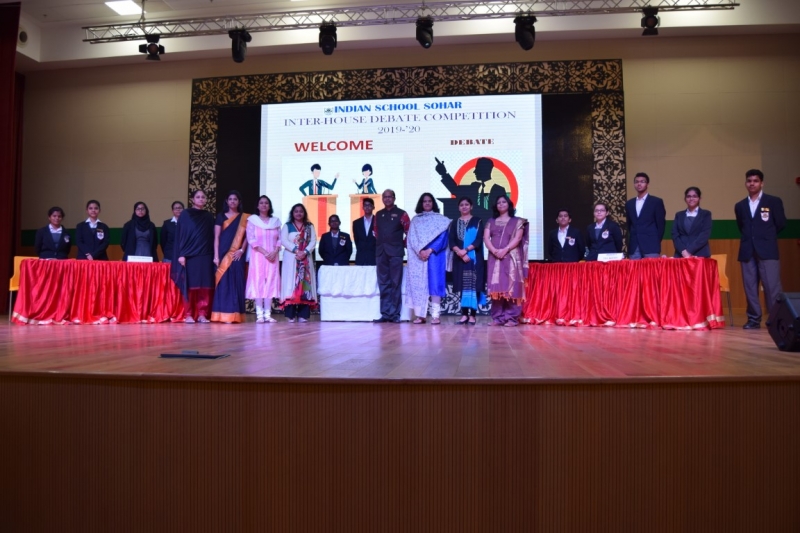