His birthday is proclaimed and celebrated as National Unity Day- Rashtriya Ekta Diwas by the Government of India for his contribution in the field of nation building. To honour the great legend on his birth anniversary, Indian School Sohar organized a special assembly for classes IX, X and XI and was conducted by XI C.

The special assembly was celebrated in a splendid manner at the Recreation Hall of Indian School Sohar. The assembly commenced by invoking the blessings of almighty and paying floral tribute to Sardar Vallabhai Patel on his 144th birth anniversary. The Vice-Principal Dr. K Vinu Kumar administered the Rashtriya Ekta Diwas pledge to the students.

It was then followed by a costume parade show casing the concept of unity in diversity which enlightened the audience gathered. The main attraction of the program was a poem written by Ms. Priyanka Yadav of class XI C, motivational song and a film dedicated to Sardar Vallabhai Patel. The film highlighted Sardar Vallabhai Patel‘s life and work conveying a motivational message to all the students and charmed the spectators assembled for the program. Some facts and questions related to the life of Patel were asked to the audience during Quiz Time.

The Vice Principal, Dr. Vinu Kumar addressed the gathering and shared a poem on Patel’s life. The assembly finally concluded with the prize distribution and national anthem. The coordinator of assembly was Ms. Smitha Mishra. The efforts of the organizers were appreciated by everyone. 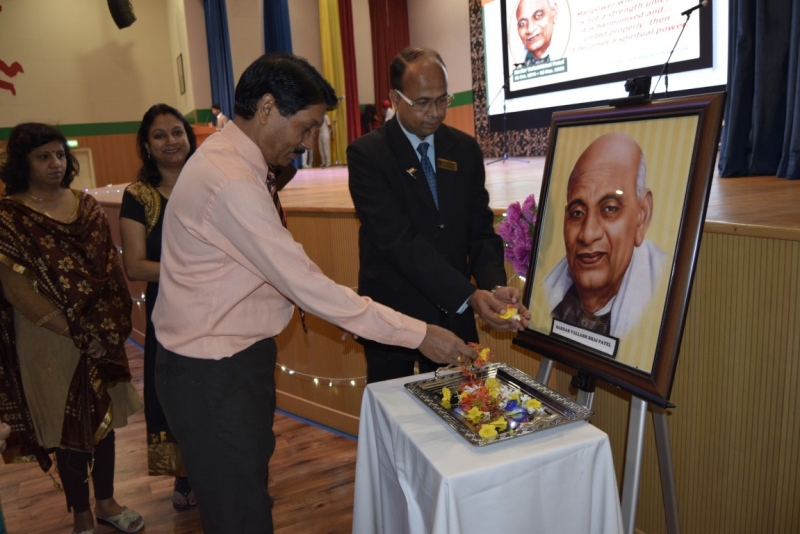