In the Women’s T20I Triangular series, Qatar held from 17th-22nd January 2020, three girl cricketers from Indian School Sohar participated and emerged as Runners up making our school and Oman proud. The three participating countries were Kuwait, Qatar and Oman.

The young cricketers were applauded and appreciated for their amazing all-round performance. Sakshi Vijaya Shetty of IX was awarded ‘Player of the Match Trophy’ for her fantastic knock of 44 runs against Qatar in the league match on 18th January 2020, while Anshita Lalit Tiwari of VIII received the ‘Player of the Match Trophy’ for her excellent spell of 3 for 8 runs against Kuwait on 20th Jan, 2020 and Snehal Nair of X bowled extremely well to restrict batswomen and gave a big breakthrough in the initial overs.

The girls from Indian School Sohar played for the first time under the aegis of ICC, and it was a maiden appearance for the team in the T20I. It was also a debut appearance for all the players under the ICC umbrella; they qualified for the final and also brought home the runners-up trophy. All the women’s cricket matches were telecast live on YouTube that enabled them gain many followers.

Ms. Sanchita Verma, Principal, Indian School Sohar congratulated the players for their marvelous achievement. She praised their effort and dedication. She makes the players believe that sports activities are indispensable part every student’s life. Her inspiration prepared them to shine in the country and aboard.

This international exposure gave the young girls a great learning opportunity and experience. 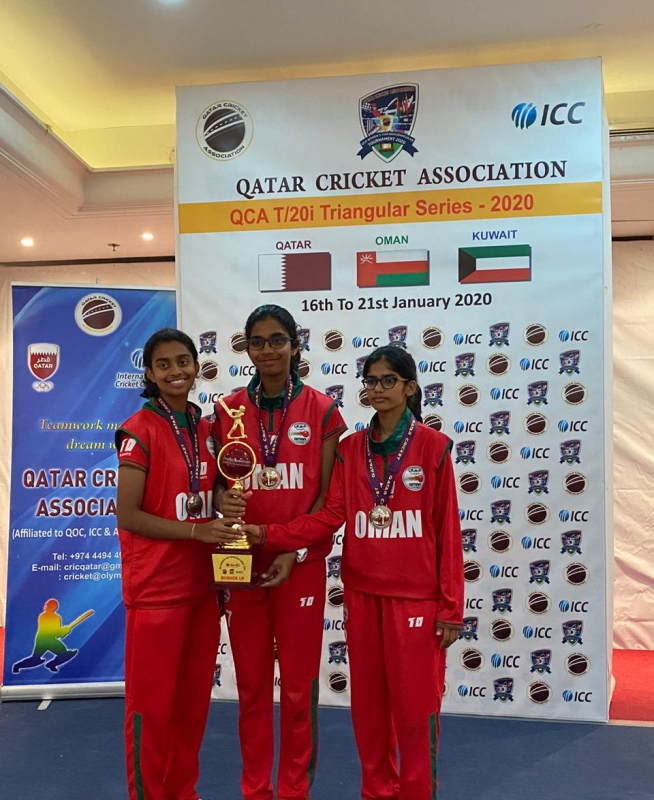