Love cannot remain by itself-it has no meaning. Love has to be put into action, and that action is service - Mother Teresa

Mother Teresa was an angel of hope to the poor and the needy. Born an Albanian, Mother Teresa devoted herself to working among the poor in the slums of Kolkata. She started the 'Missionaries of Charity' and 'Nirmal Hriday Home' for the downtrodden.

As recognition of her service, she received many honours including the Nobel Prize in 1979 and Bharat Ratna in 1980.

Under the guidance of our supervisor, Ms. Alka Singh, a Virtual assembly was organized on 26th August in all the sections of classes III to V to commemorate the selfless service of this ’Mother’ on her 110th birth anniversary.

The children have participated in the assembly with enthusiasm and approbation.

The assembly imparted a clear message that 'Love of mankind is the worship of God. The gist of all worship is to be pure and do well to others'. 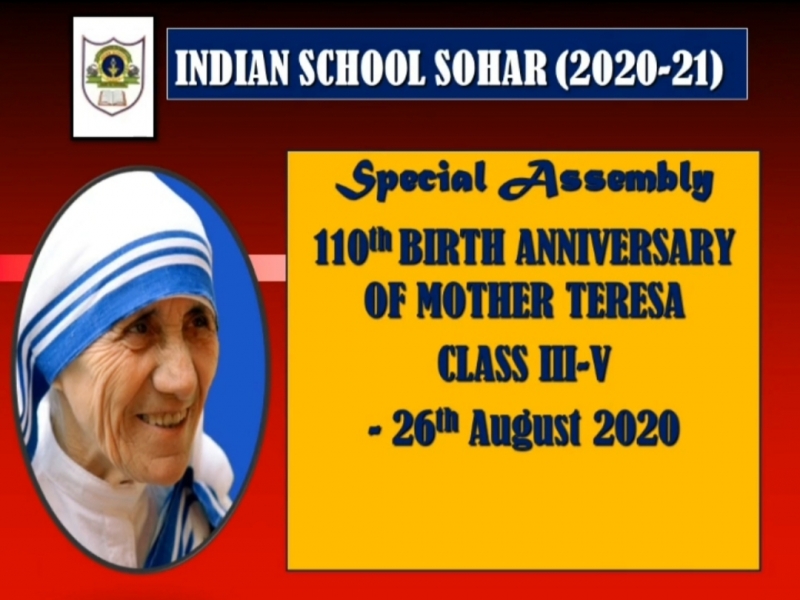