The first ever Online Inter-School Debate Competition, the Ambassador's Rolling Trophy - 'Polemic Challenge 2020' was hosted by Indian School Sohar under the aegis of the Board of Directors, Indian Schools in Oman, on 28th October 2020. The occasion was graced by His Excellency Shri Munu Mahavar, Ambassador of India to the Sultanate of Oman, who delivered the keynote address wishing the participants and reiterating the message to take precautions during the pandemic. Ms. Sanchita Verma, Principal of Indian School Sohar welcomed the audience and encouraged the participants to believe in themselves, thus motivating them to be successful. The Chairman of the Board of Directors, Indian Schools in Oman, Dr. Baby Sam Saamuel gave the Introductory Address motivating the students to thrive as the 21st century global citizens. Thirty-four participants from seventeen Indian Schools in Oman took part in the event and showcased their debating skill eloquently and confidently with their stand on the motion ‘Online Education Has Made Students More Independent Learners’. Ms. Divya Johari, Head of English Department inspired the students to speak from their heart. She also introduced and welcomed the panel of esteemed judges, which comprised Mr. John Moshi, Dr. Arya Aiyappan and Ms. Gayatri Khanna. The judges appreciated the efforts of the participants and shared constructive tips. The debate was efficiently moderated by Dr. Subhadra Prabhu and anchored by Ms. Francisca Menezes.

The teams were well prepared and undoubtedly convinced the audience of their beliefs and views. The participants, armed with data made their arguments more emphatic with their righteous facial expressions and voice modulation. They exhibited great oratory skill. The competition was an enthralling experience for the debaters as well as the audience. 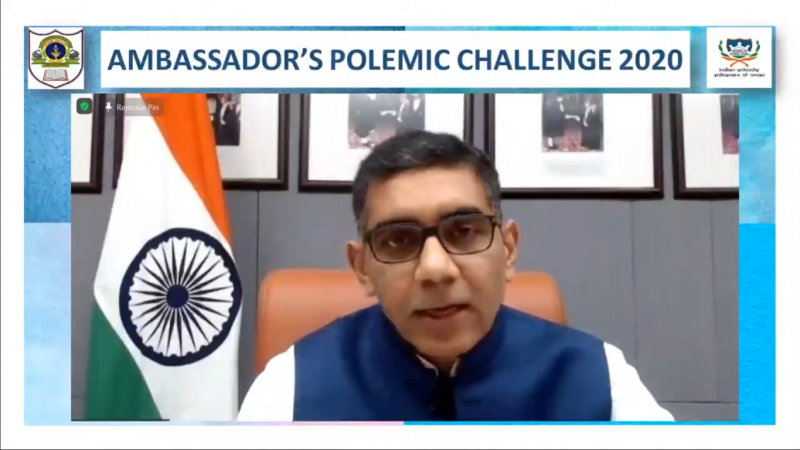