“Cultivation of mind should be the ultimate aim of human existence”

Dr. Ambedkar was a man of virtues. He was a jurist, economist, politician, and a social reformer. Popularly known as Babasaheb, he became independent India’s first law minister and principal architect of the Indian Constitution.

A special virtual assembly was conducted by Social Science Department from Classes VI-X to commemorate teachings and works of Dr. B. R. Ambedkar.

The celebration commenced with the recitation of prayer song followed by thought enshrining Baba Saheb’s legacy. This was followed by Speech, Quiz and Role play highlighting the life and works of Dr. B.R. Ambedkar. Powerpoint presentation was shown to students to inculcate values and to showcase motivational work of Dr. B. R. Ambedkar.

This program was well Co-ordinated by Ms. Tahseen Farooq under the abled guidance of Principal Ms. Sanchita Verma and Head of the department Mr. Rajashekharan. The assembly concluded with the message to remember the inspirational work and deeds of Babasaheb, leading us to the destination of brotherhood. 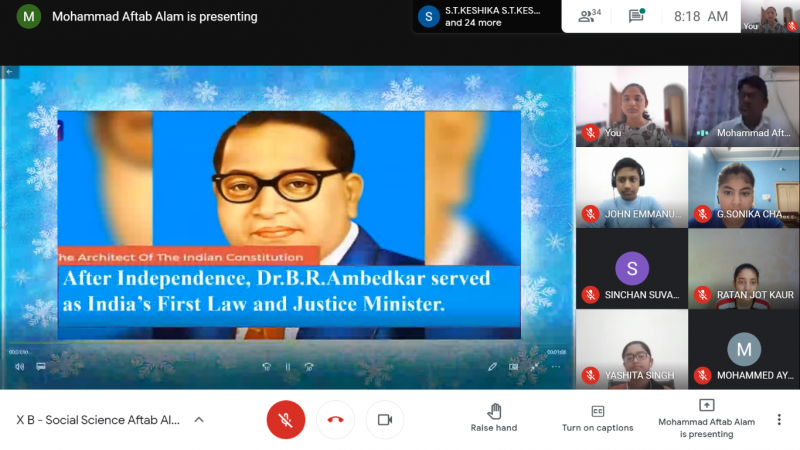